Today’s Quiztime challenge was from Sector035. It’s a straightforward geolocation question – or at least the type of question is straightforward, the solution was certainly not. Incidentally you should check out Sector035’s blog for great weekly OSINT resource updates.

The challenge was to identify the location where this photo was taken: 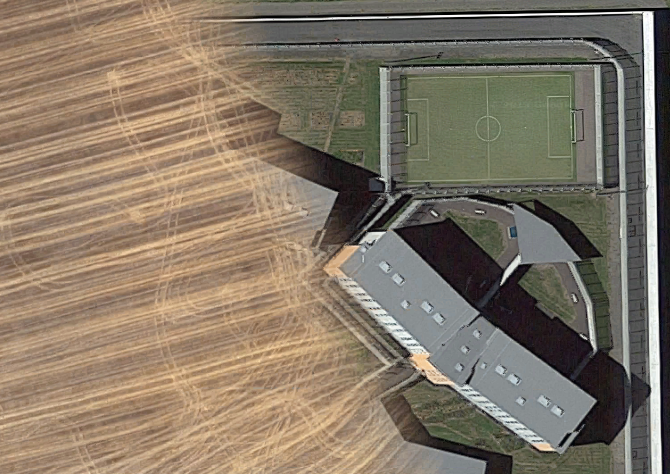 It’s not immediately obvious where this is, but it’s clearly a prison of some kind. The high walls and internal fences seem to confirm that – but where to start looking? I conducted a quick initial Google search for European prison photos. There are hundreds of prisons in Europe, but this one is clearly a very modern design.I had a hunch it could be Belgium or Holland based on where (I think) Sector035 hails from, and I was close but not quite right.

Very early in my searches for prison aerial photos, I noticed an article that mentioned that the French government had instructed Google to censor aerial photos and images of their prisons following a number of high-profile escapes. This meant I decided to focus on France as the probable location, but the fact that image providers had been actively censoring aerial photos of French prisons would make the search difficult.

So how do you find a list of French prisons to identify? Using English-language Google I only got a Wikipedia page that listed half a dozen prisons, none of which remotely resembled the one in the challenge photo. So I decided to switch to www.google.fr and searched in my best French for “list des prisons + France” and voila I got this fantastic Wikipedia page listing every single prison institute in France. It’s always worth trying to search in the native language of your subject matter for better results. It made all the difference in this case.

That’s still a lot of prisons to eliminate though, so to filter the results I decided my method would be to search only for very modern prisons built in or after 2010. I could always go back a little further if I didn’t find the right one, but in the end it wasn’t necessary. My initial method was Google image search for <prison name>, followed by Google map search for verification. There was one flaw with this method that quickly became clear however… 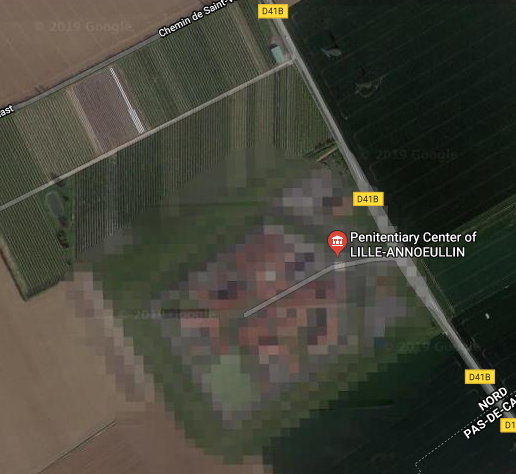 The French/Google censorship of prison sites means that it’s impossible to do effective verification because no details of the prisons are visible. This is good if you want to stop criminals viewing it to help their friends escape, but it made this challenge hard. So what to do? Fortunately there’s a mapping and aerial photo service from a country who have no interest in the views of the French government. Yandex Maps has aerial photos in the same way as Google Maps does, but the vast majority aren’t censored and where they are censored it is only with very slight blurring. Yandex aerial photos aren’t generally of the same quality as Google, but they were sufficient for my purpose. The new method to find the answer became:

2. Google image search for the prison

3. Google Map to confirm location (Google is much better for location searches than Yandex) 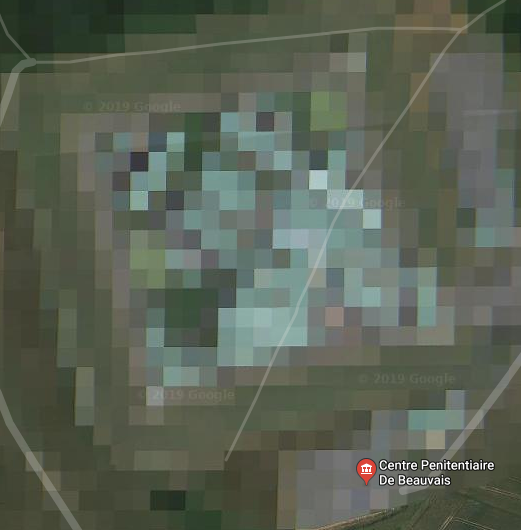 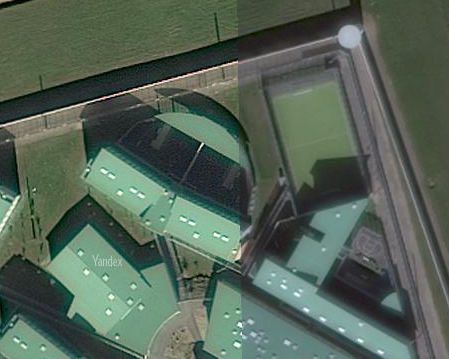 This prison is at Beauvais. It wasn’t the one in the challenge, but there was a clear similarity to the target photo. In fact many of the newer French prisons were built to a similar design so I was confident that I had the right country and an effective method to lead to the right answer. After about ten or so incorrect prisons, I got as far as Riom, which gave me the correct answer:

Interestingly this image was not from Yandex, but directly from Google Maps. Why hasn’t it been censored yet? I’m not sure why, but it’s important to note that the Google Earth image was different. Always worth checking rather than assuming that both Google’s aerial photo products will both display the same result:

I’m not 100% certain that the field overlaid on the prison on Google Earth is actually deliberate censorship. If you zoom out, you can see the cornfield belongs to a different, older photo tile to the newer one on the right that shows the prison. It seems a huge photo tile just to partly block out a prison, when the preferred censorship method for all the others is blurring. Perhaps the placement is just coincidence? It would be interesting to know for certain but I doubt the French government will tell us.