It’s been a busy time and I didn’t get much chance to do the daily Quiztime challenge last week, but I did really enjoy the most recent quiz posted by Tilman Wagner. It was the first video based Quiztime I’ve attempted and as always I learned some new things along the way. Here’s the film clip:

And here is Tilman’s question:

Stumbled upon this #WednesdayQuiz during work on #drones in cinematography:

1️⃣ Was all of this really shot in the same location?
2️⃣ Name movie & location

Just to be clear, I’ve added a better quality copy of the video from YouTube – the original version in the quiz didn’t say “Mission Impossible 4” in the title!

My knowledge of films and actors is absolutely terrible, so at the start I had no idea what the film was. I knew that I had to identify the film, and from there identify the filming locations. Then I would be able to answer Tilman’s questions about the location and where exactly it was shot.

This still from the opening part was a good place to start:

Now how could I geolocate this? I didn’t know it yet but there was an important lesson to be learned about CGI – an increasingly important issue in the era of deep fakes. The architecture is clearly central or southern European, so I could have searched for famous clock towers near to railway stations in Europe – but it turns out the clock tower is just a CGI effect and does not really exist, so this approach would have got me nowhere. Instead I conducted a reverse image search and Yandex came up with several exact matches. This website told me that this was from the film Mission Impossible: Ghost Protocol.

Once i knew what film it was, I knew there would be a movie buff out there who would know all the filming locations for this particular film. Sure enough, the Movie Map website quickly gave the location along with some stills to confirm. The location of the first part of the clip is Kelesti Station in Budapest. This is what it really looks like: 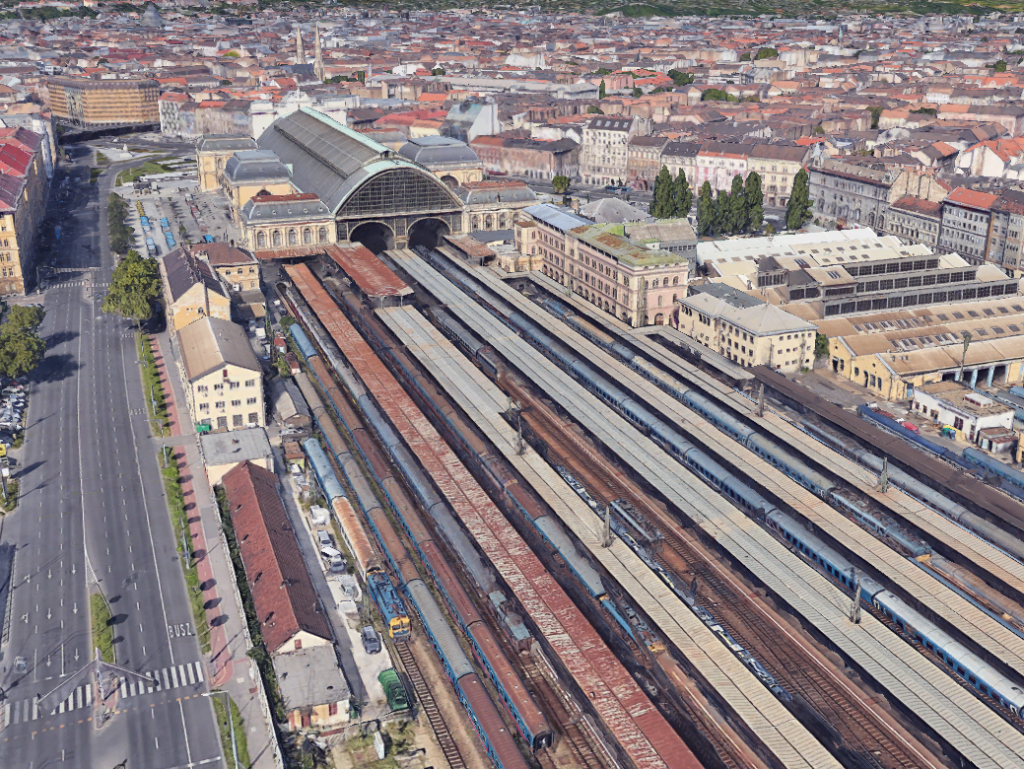 Notice how CGI has seriously altered the location for the purposes of the film. Not only does this angle show that the clock tower is fake, but the station area has been made to look much cleaner in the film than it is in real life.

Here’s a still from the film after the fall:

And here’s the same location on Streetview, looking in the same direction: 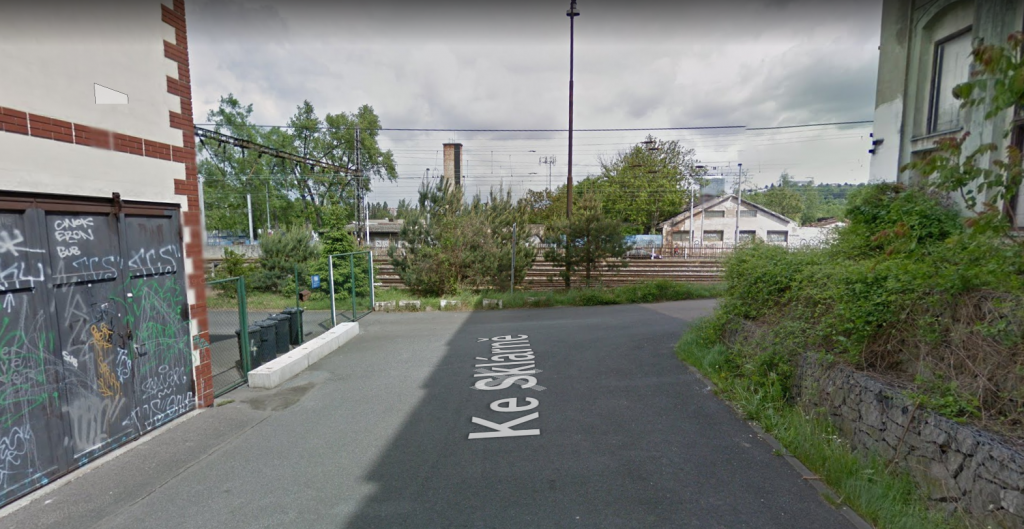 So the answer to the question is that no, the movie sequence was not all filmed in the same location.

Unfortunately in real life OSINT there aren’t handy movie sites ready to spoon-feed you the answers when you’re stuck. So if there hadn’t been some easy to find answers, what else could have been learned about the locations that have helped? How would we even know that two different locations were involved?

We can show that there are definitely two different locations by comparing the film footage to what we can find from Google Earth. Going back to the opening sequence of the film, Josh Holloway is chased from this roof at Kelesti station: 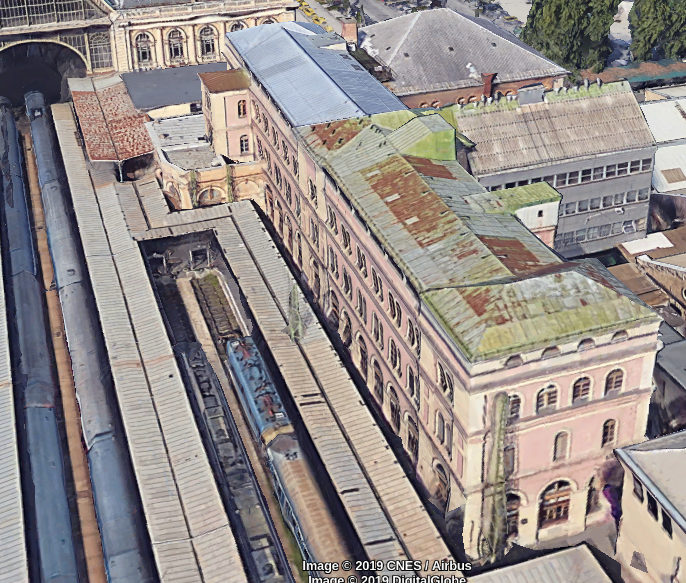 He runs along and jumps from the edge of the roof. As he does, we can see a motorway to the left, and a busy railway track to the right. Does that match what we know about the location?

This is what it actually looks like at the rear of the building he was originally being chased on in Budapest: 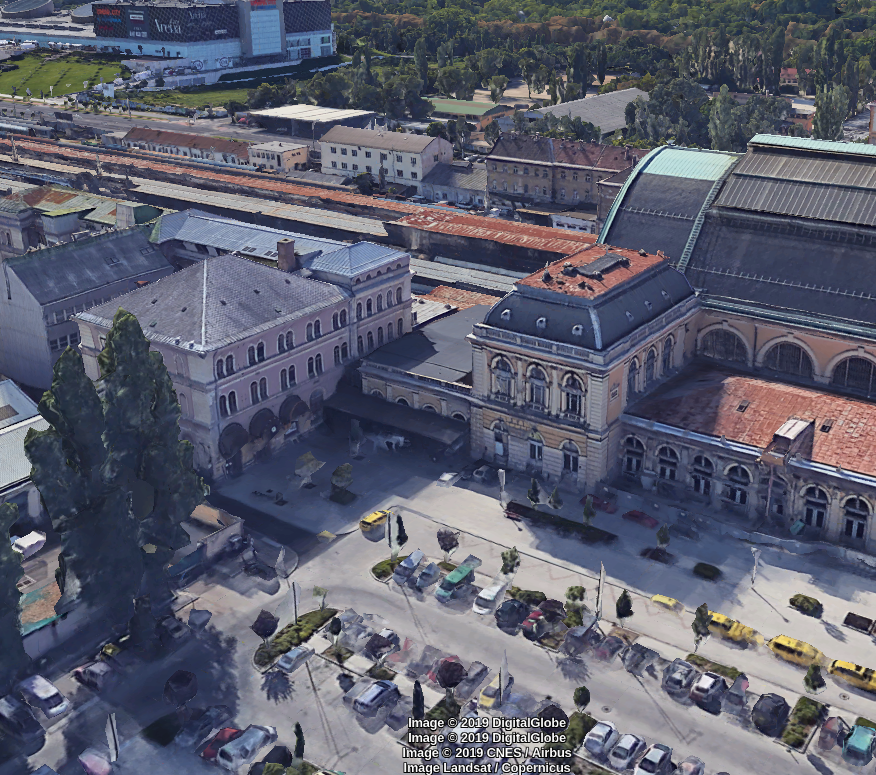 No motorway, no railways tracks, just a car park. So we know now that only the start of the chase was filmed on the roof in Budapest. As soon as Josh Holloway moves out of shot, the film is cut and the next part of the sequence is in Prague. This is the roof-edge shot, as recreated by Google Earth: 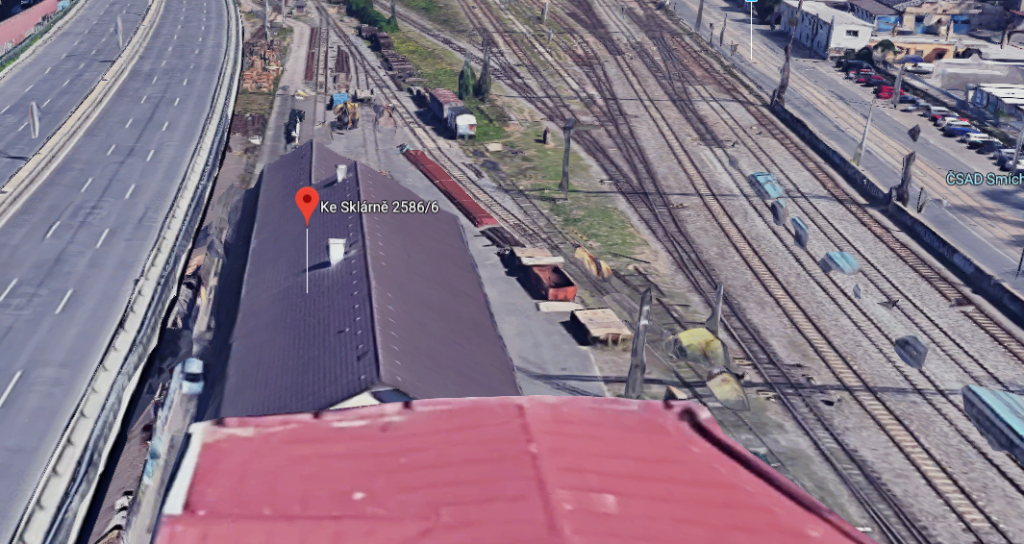 Motorway on the left, railway tracks on the right, which matches exactly the location where he jumps in the film:

So the alleyway on the left between the motorway flyover and the long grey building he jumps towards is also filmed at the same location  so we know this bit is still in Prague:

Is there anything else that might have helped confirm the approximate location? A few Quiztimers focused on the train that appears behind Josh Holloway as a potential clue. Here it is at the rear of the shot: 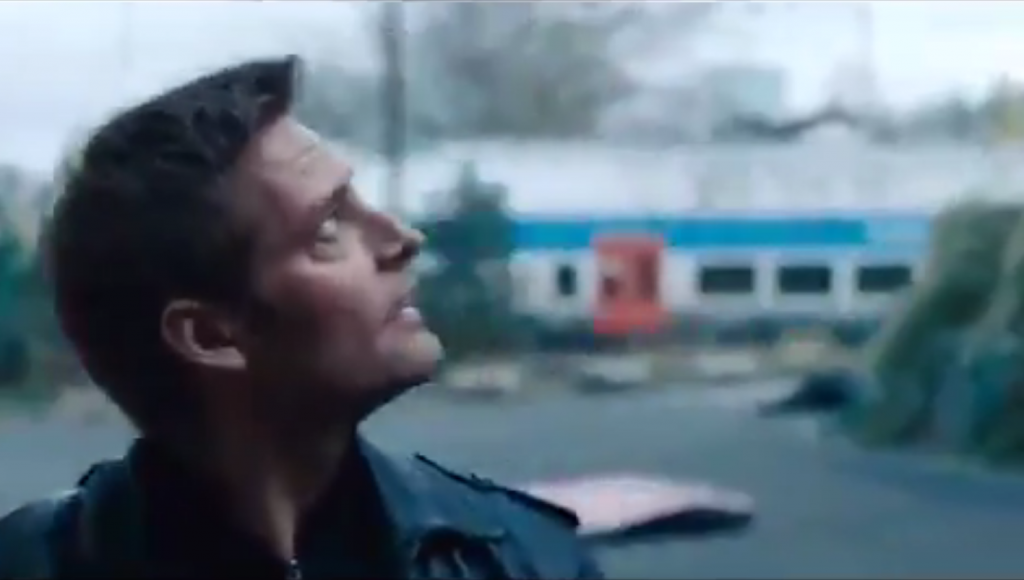 Now we can tap into the resources of the internet train enthusiasts to help with geolocation. The train is white, with a blue stripe and red doors. However it appears to be a double-decker train, which is quite uncommon. A lot of searching for types of double decker trains in Eastern Europe eventually brought up this Wikipedia article which contained this image: 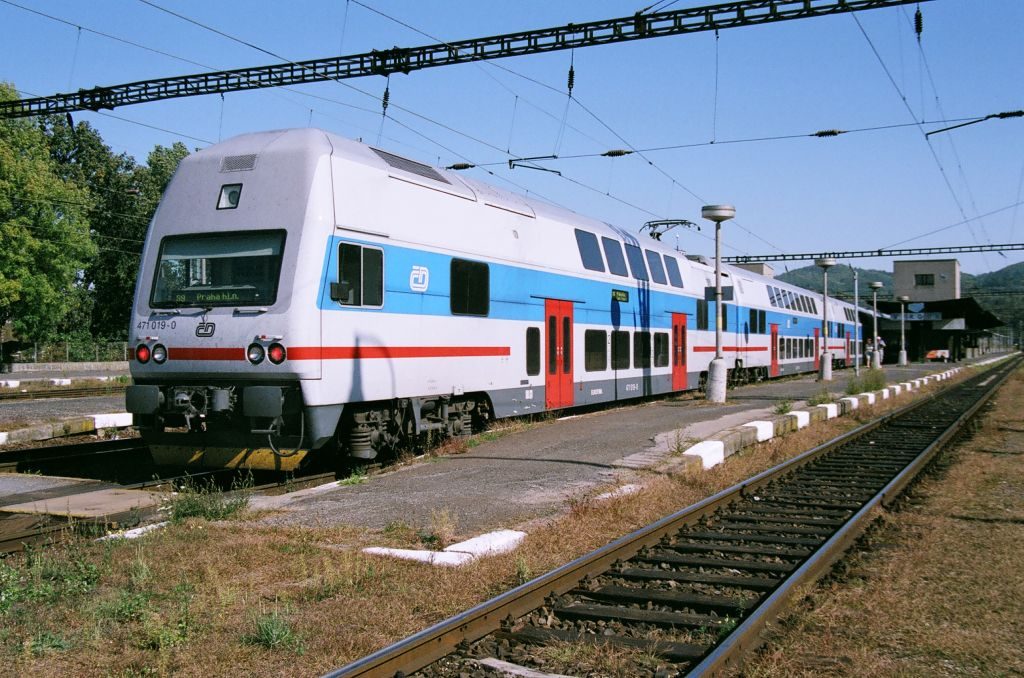 I’m sure everyone already knew this, but this is a Class 471 “City Elefant” train which is used predominantly around Prague and other regions of the Czech Republic. Notice the livery is identical to the one behind Josh Holloway in the footage. Given that we already know the filming location, we can follow the track a bit further in Google Earth and see that the train must have been heading to Praha-Smichov train station. Look what was waiting there on Google Maps for further confirmation: 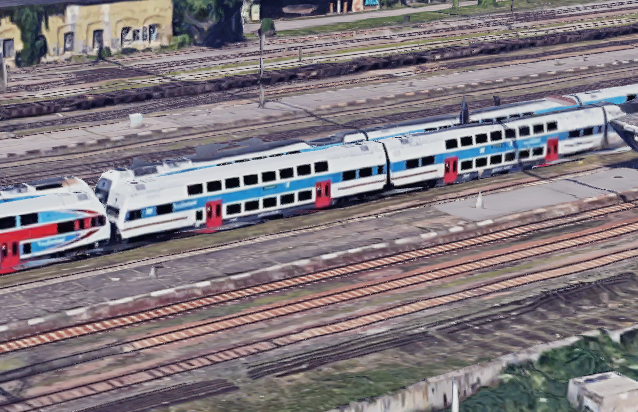 Be sure to check out Quiztime for more daily challenges to improve your photo geolocation and verification skills!